LED Strip Light - What is it?

Posted in: UKLed Articles
By Marc

LED strip light is essential a narrow, flexible circuit board with individual LEDs mounted along it's length. Typically supplied in 5m rolls with self adhesive backing, rolls can be cut to length to length and some instances joined to make longer lengths. LED strip light provides a felxible, easy way to create linear lighting effects.

There are a number of factors to consider when selecting LED strip light. Probably the first factor to consider is; what colour do you require? Options include white, primary colours and even colour changing. White LED strip lights usually fall into three main categories: 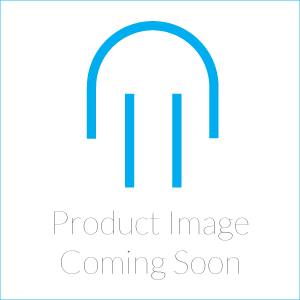 However, a word of caution here. None of the above factors provide a fool proof methos of estimating the brightness. The only true factor is the brighness measured in Lumens per meter. Figures range from 200-4000 Lm/m, a good rule of thumb to remember is that an old fashioned tungsten light bulb would emit roughly 900-950 Lm. So a LED strip quoted at 950Lm/m emits about the same light as an old 100W light bulb for every meter of strip.

A third important factor to consider is the lighting effect required. For most the very essance of LED strip lighting is to create a linnear lighting effect. Do you want spotting (lighter and darker areas) along the length or do you want a completly linear effect with no spotting at all? This is largely determin by the number of LEDs per meter. This figure ranges from 30 to over 400, the higher the desity the less spotting you will see until at the upper end you will see no spotting at all.

If you strip is under cunboards or shelves for instance, where you are not looking directly at the strip, you will probably be satisfied with 60 LEDs/m although 120 LEDs/m is a safer option. This is because the light emitted by the LED strip will be bounced around, or diffused, and become softer and more homgenous before you see it. Conversely, if you are looking directly at a LED strip and want a completely linnear effect, you will need to go for a COB LED strip with 420 LEDs/m. This will ensure a spotless line of light as below.